Europe bore the brunt of its ill effects for 500 years, experiencing harsh and fickle weather. European peasants during the 1300 to 1850 chill had to deal with famines, hypothermia, bread riots and the rise of despotic leaders brutalizing an increasingly dispirited peasantry. Food shortages and health problems were the worst between 1560 and 1660—the Little Ice Age’s harshest period—during which growing seasons shortened and cultivated land shrank.

The cold spell has been blamed for catastrophes ranging from droughts and famines to wars and epidemics. Some examples are: The Black Death, Thirty Years War, Rise of the Potato, and even the impetus to invent new modes of transportation.

The Black Death… typically considered an outbreak of the bubonic plague, transmitted by rats and fleas…wreaked havoc on Europe, North Africa and Central Asia in the mid-14th century. It killed an estimated 75 million people, including 30 to 60 percent of Europe’s population. Some experts have tied the outbreak to the food shortages of the Little Ice Age, which purportedly weakened human immune systems while allowing rats to flourish.

Among other military conflicts, the brutal Thirty Years’ War between Protestants and Catholics across central Europe has been linked to the Little Ice Age. Chilly conditions curbed agricultural production and inflated grain prices, fueling civil discontent and weakening the economies of European powers. These factors contributed to a malaise that indirectly fueled religious fervor and plunged much of the continent into war from 1618 to 1648.

When Spanish conquistadors returned from South America and first introduced the potato in the late 16th century, Europeans scoffed at the unfamiliar starch. However, in the mid-1700s, some countries in desperation began promoting the hardy potato as an alternative to crops indigenous to the region, which often failed to withstand the Little Ice Age’s colder seasons. It soon caught on with farmers in northern Europe, particularly in Prussia…where Frederick the Great aggressively encouraged the planting and eating of potatoes…and in Ireland where the usual crops were impossible to grow. 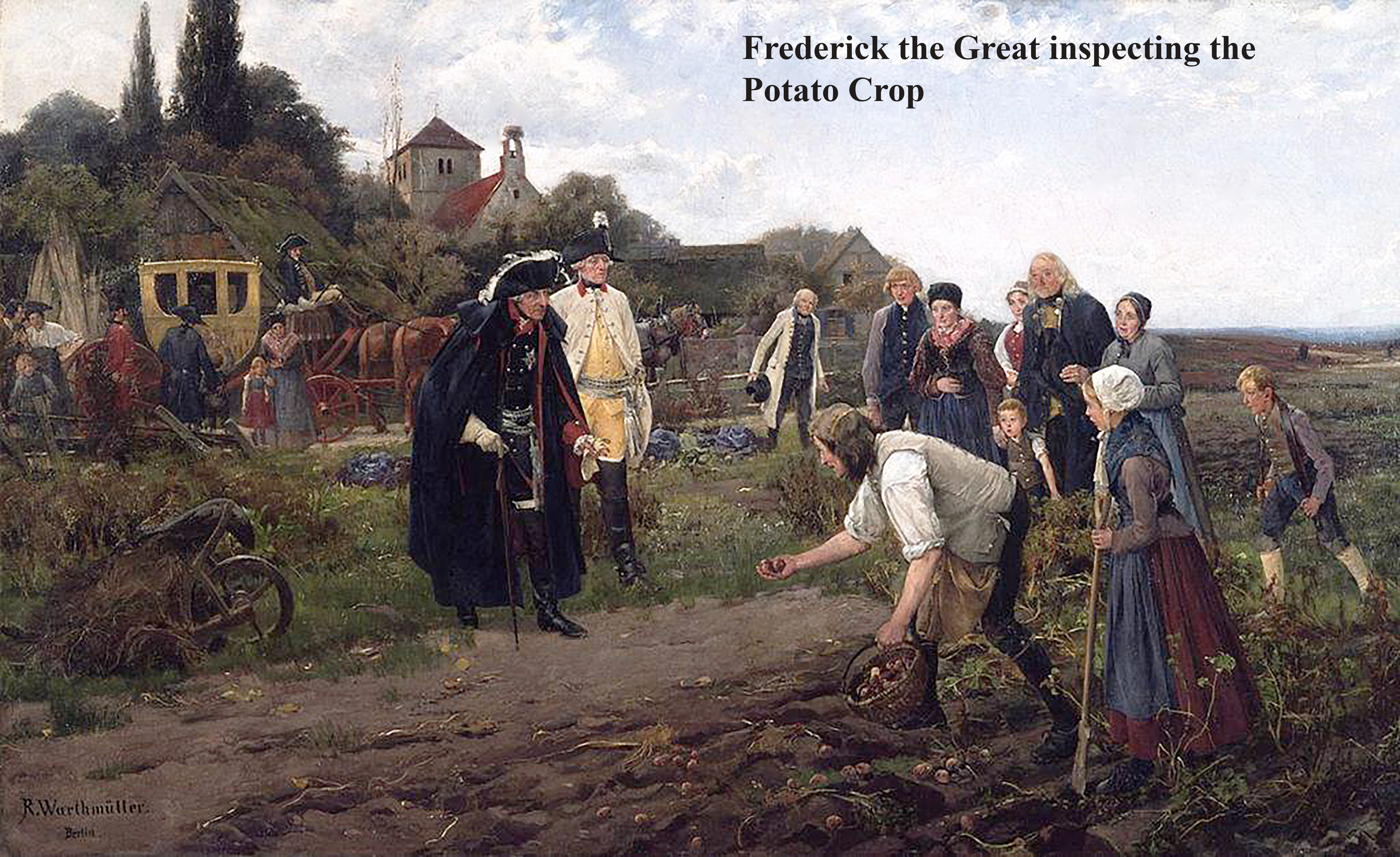 in 1816, also due to harsh weather, a meager oat harvest forced many German farmers to shoot their starving horses. The subsequent need for transportation that didn’t require food is thought to have inspired the aristocrat Karl Drais von Sauerbronn to invent his “laufmaschine,” a pedal-free precursor to the modern bicycle and was the beginning of mechanized personal transport. Since the Little Ice age lasted until the late 1800’s, you can imagine that it contributed to the perceived demand that inspired the multitude of entreprenuers in this era who were inventing motors, autos, trucks, buses and motorcycles.

EXPLORE BRAND NEW PRODUCTS WITH IMAGES FROM MY BLOG